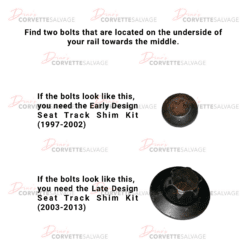 This part is a new, aftermarket C5 Seat Track Shim Repair Kit (Early Design) which can be installed on a 1997 to 2002 Corvette.

This part is a new, aftermarket C5 Seat Track Shim Repair Kit (Early Design) which can be installed on any of the following Corvette models:

Up until now, the only way to eliminate the annoying seat rocking problem in C5 Corvette models was to purchase a new seat track from GM. This was a costly option. However, thanks to the Corvette Salvage Crew, we have designed a cost-effective, long-lasting alternative that will help fix any seat rocking issue! This kit will allow you to repair your original seat track shims which deteriorate and wear out over time. Unlike other kits, our shims are designed to be a precise fit and allow the track to perform as expected! We have perfected our shim kit to make sure each piece fits perfectly and meshes well with the others.

NOTE: This C5 Seat Track Shim Repair Kit (Early Design) includes four (x4) shims and will only repair one seat. To repair both the Driver-Side & Passenger-Side seat tracks, you will need two kits. 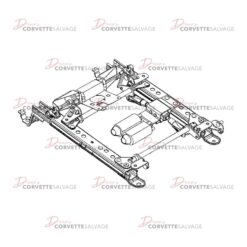 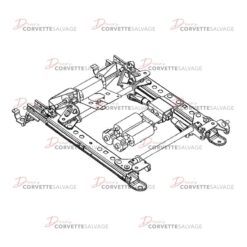