Join the Waitlist and a Corvette Salvage Crew Member will send you an email when this product is tagged back in stock.

This part is a good, used C4 to C5 OBD-II LT1/LT4/LS1 Knock Sensor which can be installed on any of the following Corvette models:

What is a knock sensor?

Diagnostic Trouble Code 43 (OBD-I) or P0332 (OBD-II) can result from a knock sensor circuit or sensor that is faulty. When the DTC is present, the computer will automatically retard timing to protect the engine (since it can no longer sense potentially destructive detonation). Timing can be retarded 10° or more in some driving situations. Performance will be affected.

The sensor resides on the RH side (passenger) of the engine block, in the coolant drain location. The F-body uses only one sensor. Other body platforms may use two sensors on their LT1 applications.

You may have heard about an LT4 knock module. This module came from the 1996 LT4 Corvette, that had roller rockers as standard equipment. The LT4 module is tuned to allow for the noise the rockers make (not perceiving it as knock). If you have similar valve train modifications on your LT1, it may be a good idea to swap to the LT4 module to reduce the chance of “false knock” (knock not related to detonation).

The LT4 module can be used on 1994 to 1997 engines (OBD-I and II) and no change of the knock sensor is needed (even though the sensors changed in 1996). There is no specific LT4 knock sensor. However, there are differences in the impedance of the sensors between OBD-I and II as listed in the testing section below. You must use the sensor that is matched to your OBD type (or have a wiring modification as frequently done in an OBD type swap situation).

Knock sensor operation can be monitored with a scanner. Rapping on the RH exhaust manifold or engine block with a hammer should cause the scanner knock value to increment. 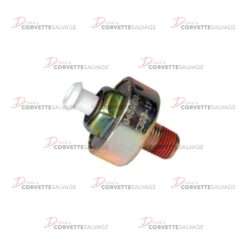