The C4 Corvette represented a new generation of Corvette with a new chassis and sleeker, more modern styling. The C4 did not use separate body-on-frame construction like its predecessors. Instead, it used a uniframe which consisted of a traditional perimeter frame with the door posts, windshield frame, halo and the rear portion of the floor pan integrated into one welded assembly. It was also the first generation to make a break from fiberglass panels with the introduction of rear bumpers and panels made from molding plastics. The C4 coupe was the first general production Corvette to have a glass hatchback for better storage access. The C4 Corvette came standard with an electronic dashboard which featured a digital liquid crystal display dash.

Since emissions regulations were still changing and electronic engine management was in its infancy, horsepower was low. Therefore, the primary design emphasis for this generation was focused on handling and braking. The front suspension of the C4 Corvette featured transverse fiberglass mono-leaf spring, which were only 1/3 the weight of the C3 coil springs. From 1984 through 1988, the Corvette was available with a Doug Nash “4+3” transmission – a 4-speed manual coupled to an automatic overdrive on the top three gears. As technology progressed, it was replaced by a modern ZF 6-speed manual transmission. However, the C4 performance was hampered by its L98 250 hp engine. In 1992, Chevrolet released the second-generation Chevy small block, the 300 hp LT1. In 1996, further advancements were made and the 330 hp LT4 was introduced in all six-speed manual transmission cars. The LT4 produced maximum horsepower at 5,800 rpm and 340 lb-ft of torque at 4,500 rpm. While the LT4 was available in any Corvette, it was highlighted in the 1996 Grand Sport package.

Corvette Salvage offers a wide variety of C4 Corvette Parts and Accessories. To begin browsing our online catalog, select a year below. Parts will automatically be filtered down based on the year you choose. 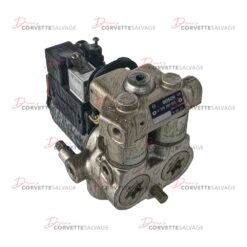 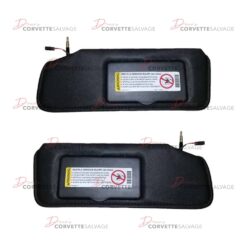 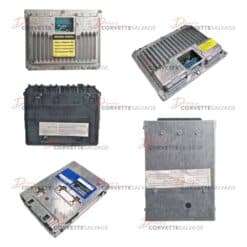 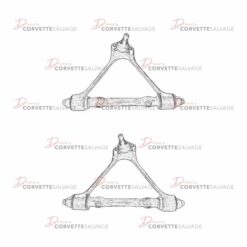